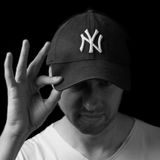 Never miss another
show from ☆ DJ Mark One ☆

His talents as a DJ, Remixer and DJ for the MULTI PLATINUM selling band Texas have taken him far and wide around the globe. His musical style is diverse enough to offer a fusion of Hip Hop, Funk, Disco, House, Tech House, Jackin House, NU Disco, which are reflected in both his DJ sets and his remixes.
Northwest Mixing Champion in a number of competitions in 1991,1992,1993 & 1995.

mixes and further info can be found at
www.djmarkone.co.uk