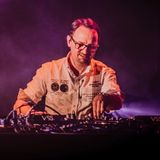 Never miss another
show from DJMyLove

DJML is a recognized, appreciated professional DJ who has been getting Funky House,Nu disco,Disco House enthusiasts to move and to dance for over 15 years.

He grew up in the North of France and acquired his musical tastes in trendy clubs in Wallonia in the early 80s. He was a radio presenter when the airwaves were liberalized, and he turned his passion for music and sound into a profession, becoming a studio producer in 1990.

DJML cultivates his passion for sound and draws his infectious energy from "happy" sounds, which are a source of well-being, reminiscent of the vibe of the myth