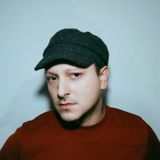 Since his young age, Mitiko has shown a great passion for music. Music like Disco, Funk, Boogie and Soul. Especialy for old and rare releases.
Since around 2007, Mitiko started doing Dj-ing, and already at 2010 he sailed into production. From that time he created a lot of tracks based on Nu Disco, Deep and House.
The majority of his Edit's and Cuts are carefully selected Vinyls, mostly from the 70's and 80's with the presence of Disco, Funk and Jazz influence.
Most of his tracks you can find on Disco Fruit, Fruity Flavor and Cherry Cola Records.