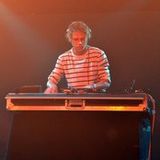 He started out producing at the age of 12, developing his knowledge about production and passion for music, together with his childhood friend, Christopher Haugen.

After a couple of years of this, he became acqainted with Miksto (Mikkel Stokke), who introduced him to DJing - which was something completely new to him, and through learning they became close friends, and decided to start a collaboration project, which they decided to call "Hot Clubbers". Hot Clubbers performed all over Norway, and made quite the name for themselves through their extatic live performances and energetic remixes... but after a while, DJ MTG started to focus more as a solo artist.

After a couple of years of pursuing his dream of becoming a renowned house producer/dj, DJ MTG is today involved in pretty much every aspect of the house scene in Norway, his involvement ranging not only