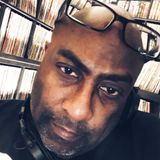 Born in the Bronx and grew up in Queens, N.Y. I began DJ'ing at the beginning of the Disco era straight into the birth of Hip Hop. From disco mixing, cutting & scratching break beats, battling in the parks, club DJ to radio mix master, I have performed at numerous events from coast to coast (before the social media blast). I was also the other half of the Hip Hop/Rap duo with Frank Ski on WDCU's 90.1 Fm's "Breaker's Delight." My resume also includes performances and collaborations with such legends and recording artists as Grandmaster Caz & The Cold Crush Brothers, RUN-DMC, DJ Kool, Sam “The Man” Burns, Def Jef and the late Chuck Brown & the Soul Searchers. Lastly, I play edited versions of songs and try to keep it clean as much as possible.