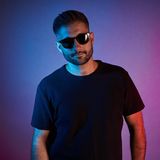 Kostis Papatzimas known as DJ Inko is a DJ, producer & audio engineer. His sets focus on upbeat dance rhythms and melodies as well as a large palette of musical styles he picks from on any given show. Styles including: house, disco, tech house and everything in between with an emphasis on remixes. He holds releases on labels in the UK, US, Canada, Mexico & Greece plus many individual tracks. He has been a resident and guest DJ in numerous venues & festivals in Europe, while he is currently holding DJ residencies in London and Thessaloniki. His music has been featured among others by: BBC Radio 6, Boiler Room, Red Bull Music Academy Radio, TEDx, Vice, Thump, Juno Download, Soundcloud, Alpha TV, ERT, Electro Swing, Radio Ibero, Ghetto Funk and Mi Soul Radio just to name a few.