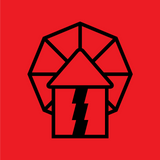 Never miss another
show from BASSiA

Anastasis Basias also known as BASSiA is a Greek Dj, producer and a true music lover. In 2004 he started djing at local bars & clubs in his hometown Thessaloniki. In the years following he managed to have many successful residencies & events all over Greece and grew his own audience. Also he has his own radio mixtape shows at www.manstaradio.gr presenting a funk attitude.
His sound is all about making the crowd bounce, such as House anthems, Hip Hop & RnB bangers and also he likes paying tribute to the classics.
In 2015 he made the next step in his career by moving to Mykonos, Rock n Roll was his first residency, also he performed in Super Paradise and Remezzo. In 2016 he booked an exclusive residency with Caprice of Mykonos. In September of the same year he had his first release “Reputation To Maintain” in Vagabond Recordings.
www.beatport.com/release/reputation-to-maintain/1847132