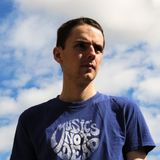 Never miss another
show from Harknee

Harknee is a DJ and music producer, with a passion for techno, house, and all things beat driven.

Coming from the south west of England, in the shadow of the Bristol’s drum ‘n’ bass scene, and Glastonbury festival, he always had a preference for music with a 4 4 beat, specifically house and techno.

In 2017, he moved to London to pursue a career in music and get involved in the dance music scene in the capital. Studying a BA(Hons) in Music Production at BIMM in Fulham, he learned a wide variety of production techniques which helped him become a more well-rounded producer.

3 years in London has culminated in having a preference for the darker and more atmospheric sounds of techno, artists like Rødhåd, Freddy K and Setaoc Mass. The dark and industrial spaces are where you’ll find him clubbing, regularly attending places like Village Underground and E1.

During the current lockdown period, he is making the most of his time making music and plannin