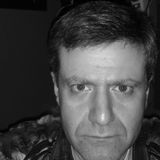 Never miss another
show from DJGinoLove

House DJ since 1989. Started production in 1995. I am not a politition so in1995 I started my own record label "Kozmik Funkshun Records". In the next six years I published five 12" compilations which included my tracks as well as my friend's tracks. Towards the middle nineties I had several resident positions at popular Long Island, Manhattan and Brooklyn Clubs. I included studio engineering and promoting in my regimen towards the turn of this century. As well as engineering and producing for other artists. I started playing at gentelman's clubs at which I remain employed today. I took a five year break from production, to start a family, I am back. Looking forward to continuing the movement to progress the quality of music and the nightclub industry. Music is my love. My parents were classical musicians in Europe, so music is in my genes.