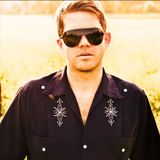 Florzinho is a producer, composer, songwriter, remixer, compiler and DJ from Munich, Germany.
He started DJing in 1989 inspired by the italian cosmic music scene and has been playing in many venues all over the world.
As a producer he is part of the well known Lounge Duo „Mathieu & Florzinho“ and has been producing music since 1994. Many of his songs have appeared on countless international successful compilations like BuddhaBar, Ministry Of Sound,  Klassik Lounge, Spacenight, Obsession Lounge etc…
He skillfully travels in between Electronic, Lounge, Chillout Afro, Latin, Brasil, Dub and NewAge music and each one of his songs contains a strong and positive message for a better world and higher consciousness.