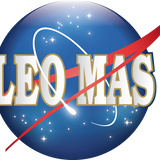 Leo Mas is a true legend, who was there at the start of the Ibiza revolution in the 80s. He played at Amnesia with Alfredo during the years of 1985, 1986, 1987, 1988 and 1990 (without Alfredo as he was at Pacha then), and since he became Balearic Beat originator and a House pioneer.
Leo Mas has always been a Record collector, a DJ precursor, innovative and underground, always attentive to the evolution of the music in all directions, with great passion and style and with a spirit very anarchic, independent and against the mainstream, that made him unique in the dance scene.
Leo Mas have its own radio program, Mi Alma, broadcast every last Friday of the month on LifeGate Radio Milan, and every mouth his exclusive Mix is ​​on Radio Raheem Milan, every Friday his Mix is broadcast on Music For Dreams Radio in Copenaghen.
Christian Zingales (Blow Up Magazine)