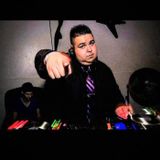 DJ Eddie G hails from Mexican roots born March 29th 1987 in Monterrey, Mexico. Eddie G moved at a young age and was raised in Arlington, Texas. Living between the two biggest cities Dallas and Ft Worth Texas has given him opportunities to listen to all types of music. Which has led him to play several instruments throughout his life. Finding ways to incorporate all types of music is how he found his true passion. DJing was the only way he felt brought all these aspects together.

Electronic dance music is what he loves to play, but his styles are not limited to just one genre. Eddie G loves to play Top-40, Hip-Hop, and loves to throw Latin flavor to his mixes. He has played at several clubs in the DFW Metroplex. Plush, Thrive, OPM, Lizard Lounge, Insomnia, Eternal, Jaguars, Empire, Bar 9, Wish, Privado, and Luxx are just some of the clubs he has been featured at. He has been featured also several times on radio stations in the DFW such as Radio H20 107.9fm and Knon 89.3fm.