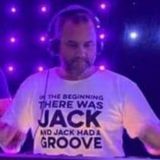 In 1988, when the influential of Chicago House came to Europe, DINO excited more and more for this new style of music. Over the years '92 / '93, in the time when Techno peaked, this hype has already achieved all his friends. Since this time in the early 90's he put sets on different gigs.
DINO's sound is characterized by his passion for many facets of electronic music, which he was able to hear in his early years through artists such as Visage, Vangelis, Jean-Michel Jarre or Kraftwerk. In particular, the early contact with the "House Sound of Chicago" in the mid-80s, which laid the foundation stone of the techno movement, influenced him significantly in his musical taste.
In his sets, he often reflects his diversity by happy to combine old and new tracks, sometimes parts of EDM, Vocal House and Classic Dance Tracks. His own productions go into the tech and deep house.