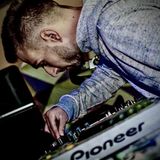 Never miss another
show from Crystalix

Patrik a.k.a Dj Crystalix (Zahadum Sphere), is ​​a twenty-year-old beginning member of the Slovak, psytrance-Dj crew. He accidentally led his first steps to the psytrance party in his 15th year. Crystalix has been fascinated by the style of psytrance, choosing it as a lifetime, and becoming a true party visitor. Music has become his only friend even in the most difficult moments of life. Dj PsyGuy (Zahadum Sphere) became the patron of his start-up career, which led him to the first show with intensive encouragement and training.
Crystalix began its dj-ing style in progressive melodic variations, however, over time, it has reorientated itself to the dynamic spheres of psychedelic psytrance and night psytrance (145-148bpm). There have been several performances on home ground, for example, Fortune Festival, Psytrancovica and in the Czech Republic, Planet Blue Night 2018, Lední Zvěř and Mantracid 6.