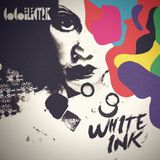 The Pop Levi Show 001
by PopLeviReposted

Soap 19 - September
by The Soap CompanyReposted

The Flesh Sessions
by BFHReposted

Coco Electrik debuted with Your Love Is Gum a split single with then label-mate Tom Vek. A series of acclaimed singles followed on Tummy Touch and Oscillation Records. Anne has lent vocals to Acoustic Ladyland’s Cuts & Lies, had tracks featured on the soundtrack to The Coen Brothers feature Burn After Reading and hit Australian drama Underbelly, while single Apple Pie soundtracks the ongoing Target tv campaign in Australia. They have remixed Brooklyn wunderkind Kotchy and The Phenomenal Handclap Band and have been remixed by, amongst others, Mickey Moonlight (Ed Banger) and Skylab.

Coco Electrik have performed with amongst others, Punks Jump Up, The Phenomenal Handclap Band, Whitey, Alexander Robotnick, Tom Vek, and Greco-Roman Soundsystem.