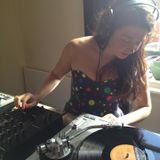 Never miss another
show from ChelseaWilson

Chelsea Wilson is a Melbourne based vocalist, songwriter, broadcaster and DJ. Her debut album "I Hope You’ll Be Very Unhappy Without Me" was lauded #2 Album of the Year on ABC Radio National and nominated for Best Soul album at The Age Music Victoria Awards. She has performed in Japan; UAE; Thailand; Indonesia; Spain and France and made her UK debut at Glastonbury Festival 2015. Her weekly radio show Jazz Got Soul airs every Thursday 11am on Melbourne’s PBS 106.7 FM. She also curates the "Women of Soul" series featuring artists such as Kylie Auldist and Stella Angelico. Currently Chelsea is Artistic Director of Stonnington Jazz Festival.