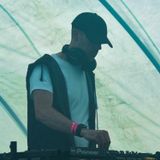 Never miss another
show from Chael

Chael’s background within music stems from over 2 decades of an unbridled passion to seek out new music to share with others. Always looking forward Chael has never been afraid to buck the trend and head down musical paths others may overlook. With releases on Mini Vibe Records, TwistedVintage Music and Darkground Records his productions have hit the top spot on their respective charts time and time again.
Since Chael’s early days he has been heavily influenced by a darker tribalistic sound which is evident in his DJ and production style. After playing on Housefreqs Radio for 2 years he picked up the DJ’s DJ of the year in 2017 earning recognition from his peers for his live weekly Isolation Radio show which has gathered listeners from all over the world and opened many doors for him. With regular guest slots on Consistent Radio (Netherlands) A Darker Wave (UK) and a released mix compilation for the MTDN Audio series Chael continues to look towards new opportunities and projects.