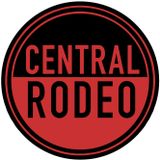 The Chamber Session podcast 047 - Central Rodeo from Switzerland
by thechambersessionReposted

Central Rodeo is the jumpy, wild, no boots or hats (but rather with a swiss touch instead) collaboration initiated in 2012 between the producers and DJs Cosmokolor & diSoul's. Both initially rooted into the underground electronic tech-house scene of Geneva City, their musical influences extend to Techno & Deep House with a shared taste for warm grooves and a cool temper. Both of them also have extensive experience behind the Decks - the DJ Booth being the place they met each other for the first time. It’s therefore not much of a surprise the
first Duo’s Live acts quickly received a warm welcome. Recently their constant work led them to play alongside Animal Trainer at the prestigious Montreux Jazz Festival in late summer 2014 – as well as at the Overground Festival (Geneva) where people such as Alex Niggemann, Mind Against or Lake People were to be seen.