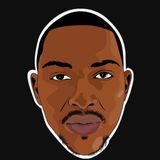 Never miss another
show from Bee_Deejay

He currently heads A&R at Shaya Records as well being a resident dj on South Africa's biggest commercial radio station - Metro FM. He has established himself as force to be reckoned with, within Cape Town and the music scene as a whole.

Bee started deejaying in 2006 and got his first professional gig a year later. Fast forward a number of years and multiple events hosted later, In February 2014, Bee was identified as one of a select few of artists in Cape Town to participate in the CTEMF (Cape Town Electronic Music Festival) Connect. A mentorship programme spearheaded by Red Bull & Made Agency that went on to see these artists being a part of the actual festival as well.

Bee has mentored a number artists some of which have gone onto to get award nominations and wins. A couple more even went onto