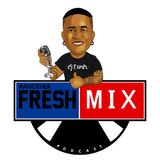 Never miss another
show from DJFreshSA

DJ Fresh boasts a diversity of talents that have seen him making major waves in the South African entertainment industry for over 30years. He is a sought-after television personality, popular social media sensation, and prolific radio and international club DJ.