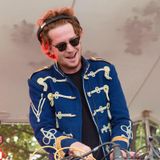 Never miss another
show from Bakermat

Original. That word would describe Bakermat’s music best. It’s the absolute main goal for the 26-year-old from Amsterdam to create music that isn’t there yet. By combining genres that normally would never be combined, the Dutchman always surprises both his fans and colleagues. And although his productions are diverse, there is a key element that binds them all together: their feel-good sound. Simply put, his music makes people really happy.

Lodewijk Fluttert, aka Bakermat, started to discover music in his early teens, influenced by his mother, who is an opera singer, and dad, a fan of soul, funk and jazz. Already at an early age they showed him the wonders of classical, jazz and soul music. Influences that today can still be found in his music.