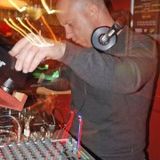 new mix by leon
by LeonMarks1Reposted

Andy Senior AKA Andy Edit has been in the DJ game since 1987 having started out playing late 80's House swiftly moving into Acid House and playing at many of the original Blackburn & Revenge Warehouse parties which were the catalyst for the northwest dance music scene along with John J & Greenbins from his hometown of Blackpool! Andy moved to Ibiza for a couple of years in 1992 and had the opportunity to DJ at Pacha, Ku/Bar M/Manumission, The Cafe Del Mar & Amnesia which is still is an experience Andy cherishes to this day. In 2014 Andy started producing his own material after years of working on and off alongside other artists, most listed below. Hailing from Blackpool the North of England, Andy was brought up listening to Funk, Latin, Soul, Jazz Funk, Northern Soul, Mowtown and Disco.