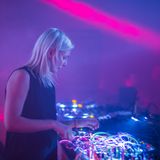 Never miss another
show from An On Bast

An On Bast LIVE @ NACHTDIGITAL 15, Bungalowdorf Olganitz 2012
by An On Bast

An On Bast LIVE @ SONAR FESTIVAL, Barcelona 2007
by An On Bast

An On Bast LIVE @ Unsound Festival, Krakow 2011
by An On Bast

An On Bast is the moniker of electronic music producer and composer Anna Suda from Wrocław, Poland. Her largely improvised concerts, utilising hardware instruments, hop between melodic techno, experimental and ambient genres.
2006 marked the beginning of Anna's illustrious career when her debut album was published and she was subsequently selected from thousands of candidates to participate in the Red Bull Music Academy in Melbourne.
Vehemently active for the past 12 years within the international electronic music scene. The unique combination of her rich imagination and excellent technical ability allows her to deliver exceptional musical experiences. Anna has released a number of EPs and eight solo albums. An On Bast's stunning live performances have captivated audiences at many festivals such as; Sonar (Barcelona), Fusion (Germany), Piknic Électronik Melbourne (Australia), Nachtdigital (Germany), clubs from Berlin’s Watergate, Katerblau to Elevator (Shanghai).