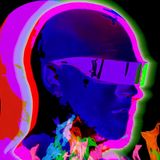 Never miss another
show from ADAMSKI_official

Often referred to as "Rave Culture's first pop star", it was in 1988 that the artist ADAMSKI was born.
Adamski quickly catapulted into the upper echelons of the nascent rave scene and within weeks played to 1000s of people at all key seminal illegal rave parties. He became resident musician at Ibiza’s hugely influential Amnesia, released squiggly acid piano shuffler N-R-G, performed on TOTPs, released LIVEANDIRECT, an album cobbled together of various live rave recordings
A then unknown Seal snuck a demo tape to Adamski and was offered the instrumental of what turned out to be KILLER, reaching #1 in the UK, and topping charts across Europe & U.S
In the late 90s Tinley's focus shifted to DJing. Under a new moniker, Adam Sky, he toured Europe, South America & Asia, making the odd UK appearance.
Besides other projects, 3STEP and SONNY ERIKSSON, producer + DJ ADAMSKI still delivers bastardized and uniquely mixed club classics from the origins of the rave era through today and beyond.