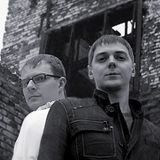 Never miss another
show from 4Mal

Evgeny runs the national club project «Russian Cybernetics» since 2008, composes music and performs as a DJ since 2001.
To date, with over 1 100 DJ sets, he is one of Russia's most experienced deejays, both in prime time and warm-up.