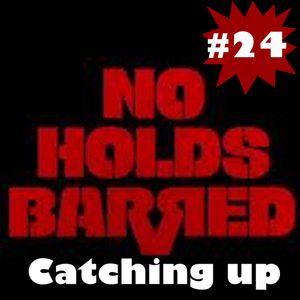 No Holds Barred 24by Tim Scott

I've had this one planned for a while but haven't got around to recording the mix... from a heady jazz start thanks to Ann Young and the mighty Ezra Collective, through some more mellower beats before a few tracks representing something that gives me massive pleasure, the rebirth of Broken Beat. The West London sound was at the core of my DJing and production for quite a while back in the 2000s so it's great to hear people like WheelUP taking it forwards, alongside some of the originators who still keep it fresh. Then things take more a 4/4 turn, including an old Mo' Wax tune that I've had going round in my head for a while by Patrick Pulsinger under his iO moniker. Keeping the beats going right to the end come a current favourite BenjiFlow and some Tru Thoughts goodness from Strategy. There's LOADS of great music coming out at the moment so I'll try not to leave it so long until next time.... enjoy!