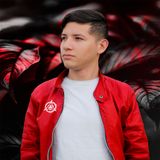 A Mexican DJ who has shared the essence of EDM, Alain Duran Velazquez became Zouter Kill when he started playing at the age of 15. Seeing his favorite artist ( Hardwell) play inspired him to learn to mix, and he soon became interested in remixing and working on his own productions. His debut as a remix came in 2018 when he released Liberty. A year later, he began to release hits such as Speed Force launching 2 collaborations in that year one with Marshal entitled Cuervo and the second Brothers To The with Deys Breck himself presenting his own record label.
titled One Fire Recordings. In 2020 he collaborated with Dhagmar to this they called it Where I Am? He also launched several collaborations with Mitcry, Low Equalizerz, Prdo, Five Shadows, 3RR0R C0D3. In that same year Zouter Kill decided to create a virtual festival bringing together international and national talent such as: Detunne M4LY , FAKERS , Svent , X-Traikerz , CGVE , Noxxville, Jay Srno, Mkcm, Jorge Escalante, Dropbanger,