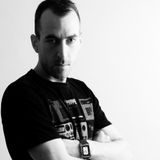 Massive Moloko aka. Savage is a DJ and producer, sewing the threads of techno, minimal and tech-house on the peak hours of clubnights.

BIO
Since 2000 he regularly hosts underground parties in his hometown, Szeged, besides that he played on countless events and festivals as a guest DJ.
In 2012, his first own track was released by Diva Records.
In 2013, he started his own ‘Stong & Deep Radio Show’ at BestwaveFM.
In 2014 he got the opportunity to introduce himself on the worthily notorious O.Z.O.R.A. Festival. Later this year, his track ‘How to Smoke’ was placed on the Soundwall Podcast mixed by Mark Fanciulli.
In 2015 he performed again on O.Z.O.R.A., then he closed the summer with his first Western European gig in the Sisyphos Club of Berlin. In October, he was the guest DJ of the monthly Baroque Podcast in Frisky Radio.
In 2016 he founded his underground techno/tech-house label, Intersection Records.