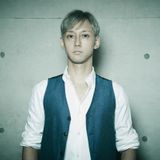 As a member of a club oriented jazz unit FlatThree formed in 2003, Yukinari Iwata won through the Sony Webstar Audition. Starting with a remix album released from Flower Records in 2004, the group has released 2 original albums. The albums were well received domestically and overseas, Gilles Peterson added “Sesso Brillante” from their 1st album “Sky is the limit” to his playlist. As for artist produce, created songs for some female vocalists, and one of his songs from Karen Aoki was used for a TV program theme song and was well on aired thousands of times. As he has also had lots of experiences for remixing, one of the most famous Jazz band called PE’Z offered to him and used from lots of DJs.

As a DJ, Yukinari Iwata has held parties in Tokyo regularly for over 10 years, and has released 4 singles focusing on making deep house as a member of a