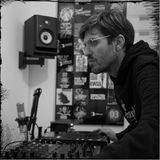 https://www.sweetperceptionsmusic.com
https://www.facebook.com/Xavi.Pinos
https://www.instagram.com/xavipinosdj/
https://soundcloud.com/xavipinosdj
----------------------------
Radio DJ; DJ; Producer; Xavi Pinós, born in Madrid in 1983, is one of the privileged few who has turned his great passion into a part of his way of life.
He began his steps as a DJ when he was only 15 years old playing in bars and clubs in Gavà. A year later he was offered a radio program on the municipal radio station of Gavà and Viladecans, the program was broadcast under the name of Zona VIP, where djs of the likes of Ismael Rivas, David Penn, Jesse Garcia, Les Schmitz ... among others.
He currently has his own label called Sweet Perceptions Music and performs a weekly program called Sweet Perceptions Music Radio Show where you can listen to it on different online stations.
His sessions are valued for a refined technique and a successful musical selection.