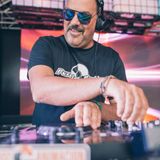 Dj based in Tenerife (Canary Islands, Spain) began his career at the end of the 80s.
His versatility as a DJ lets him play a wide range of styles where their musical selections and sessions are designed to transmit and create new sensations through them.
In recent years he has established himself as one of the essential Dj's at REMEMBER parties, being signed for their brand "PURETAS PARTY" to be the resident Dj's of the "CHILDREN OF THE 80S" party in Tenerife, considered one of the most important parties of this style in Europe.
After more than 30 years in the profession, Luis De León continues to be linked to the world of radio on different stations without neglecting his live sessions in different parts of the Canary Islands.
Currently Luis De León is the resident DJ at the prestigious Five Star Luxury Hotel GRAN MELIÁ PALACIO DE ISORA.