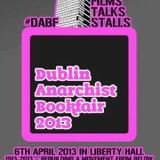 The Workers Solidarity Movement was founded in Dublin, Ireland in 1984 following discussions by a number of local anarchist groups on the need for a national anarchist organisation. At that time with unemployment and inequality on the rise, there seemed every reason to argue for anarchism and for a revolutionary change in Irish society. This has not changed.

Like most socialists we share a fundamental belief that capitalism is the problem. We believe that as a system it must be ended, that the wealth of society should be commonly owned and that its resources should be used to serve the needs of humanity as a whole and not those of a small greedy minority. But, just as importantly, we see this struggle against capitalism as also being a struggle for freedom. We believe that socialism and freedom must go together, that we cannot have one without the other.

Anarchism has always stood for individual freedom. But it also stands for democracy. We believe in democratising the workplace