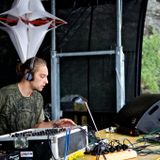 Since moving to Vienna in 2010 he has played at many events and festivals such as
Sundaychaizelt, Cosmic Space Disco,
Spirit Base Festival (Hungary), Progressive Selection, Paradise Festival 11-13, Transylvania Calling 2012 (Romania), Lighthouse Festival 2013 (Croatia)
TreeOfLife 2013 (Turkey) and Flow Festival 2013.
Since June 2012 he is resident dj of progressive selection austria.

Born in Lienz, Austria on New Year's Eve of 1984, Wolle made sure he arrived just in time for the last big party of the year. Since playing the recorder and shaking rattles at school didn't really impress him much, he turned to playing rhythm guitar at the age of 15.
In 2002 he got to know how to use the "Technics 1210 record player", which led to (a) his passion for electronic music. His first gigs in Vienna and in and around Linz were made possible by the "Music for K...