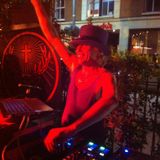 Never miss another
show from Dj Will Softly

ISOLATION STATION MAY DAY SUNSHINE MIX 2021
by Dj Will Softly

Will Softly is the Founder of One World Sounds a collective of DJs and Funktion One Soundsystems.
Wills career in music has spanned over 4 decades. His dj career has spanned many decades in which he has developed a great following for his happy go lucky eclectic sensational sounds from the past 70 years of recorded music . His passion for music has flowered into headline slot at the St Patrick’s Day Treasure Beach festival in Jamaica! During his time on the decks he has supported many great artists Inc. Femi Kuti, Alabama 3, Finley Quaye, Lee Scratch Perry, Emmanuel Jal, Max Romeo, Cian Finn, Michael Franti ,Emmauel Jal and Spearhead to name but a few! He is a festival veteran from headline slots at the Festival of World Cultures , Electric Picnic,Soul Kids, Body and Soul, Trenchtown, Caidre Festival Sligo, , Treasure Beach, Ennis Street Festival, Folkfest Killarney, Tread Softly Festival..