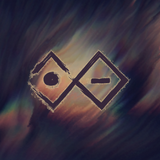 Never miss another
show from widosub

Liquid Licks - May 2022
by unit groovesReposted

The works of music producer Guido F. Matis (a.k.a. widosub) move on a large palette thanks to his experimenter attitude.

His musical career began as a singer for a new metal band called Gloaming and then as a singer in several formations, but already during this time, his attraction to music production was noticeable.

He was greatly influenced by the underground music of the 2000s and this is also the reason for his love towards broken rhythm. Although the world of drum and bass is closest to him, he prefers to create ambient, breakbeat, or even deep house music.
Guido believes that the limitations of genres should not limit the music production process, so the listener may encounter more genres within a piece of music.

Thanks to this kind of experimentation, the Empty Universe formation was created in the music lab of his good friend, Bobek, where they achieved a special sound world by a kind of a marriage of drum and bass and psy genres.