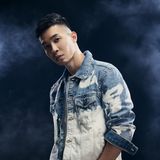 Never miss another
show from Waven

Waven was first attracted to electronic music in his teens and began recording demos, serving as a part-time DJ in the college time. Although he was inspired and influenced by the European EDM, especially Trance music, Waven, born in southern Taiwan and grown up in the multicultural environment, would like to fuse diverse local elements into his music. After releasing some singles on the network since 2012, Waven not only produced personal instrumentals but also started his musical collaboration with some aboriginal musicians in Taiwan, including 陳永龍 (Yon Lon Chen) from Puyuma and 徹摩 (Cemelesai) from Paiwan.