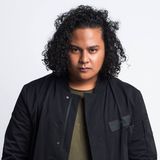 Never miss another
show from WANN

Defected In The House Radio Show: Guest Mix by Claptone - 18.11.16
by Defected Records

Starting of in the capital city of the Netherlands, Amsterdam, WaNn began gaining interest in progressive sound at the age of sixteen by the influence of his older cousins. This experience led to a broader interest in music and after exploring all different types of genres, he found his passion in EDM. What started with DJ’ing at birthday parties, he soon began gaining interest of organisations.
At a young age, he made name for himself in the Amsterdam dance scene and this led to performances in big venues such as the Escape, Panama Amsterdam and more. You may also know him for performing at the Club Lazur in Sunny Beach Bulgaria. His name also reached Southeast Asia, where he performed in clubs such as X2 Jakarta Indonesia. This event was special for WaNn, because a big part of his family resides there.
Wann is still performing, but his passion now lays more in producing. And this year, WaNn will release new tracks that will turn the EDM scene upside down.