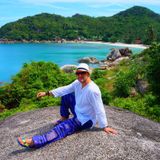 Producer, Dj, promoter, musician.
Owner of his own record label Gert Records.
More then 5 years ago Vito von Gert aka Dj Gert entered into the World Music Culture. Playing for the people in the different places of Russia and Europe, he fills his creativity by their emotions and feelings.
Deriving the inspiration from each stroke of our life's picture, Vito von Gert aka Dj Gert creates an exclusive music. Progressive and Uplifting Trance, Minimal-Techno, Tech-House, Chill-out….intertwining these styles create other unique and unforgettable style - Gert’s style.
In 2008 his own radio show “Magic of Trance” started (style Progressive Trance and Uplifting Trance), and in 2010 - radio show “PUZZLE” (style Tech-House and Techno) which are broadcasted on the radio stations of Europe and Russia giving to the audience the unforgettable evenings.
«I work that my music to sound non-stop in the people's souls, even after they get off the dance floor.» (Vito von Gert)