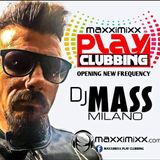 DJ MASS MILANO / GILMO-REC. // HOUSE DJ MASS MILANO aka Massimiliano Vitelli was born in Bienne/CH
Music has always been his Philosophy. Already at the age of 5, he recorded his first tape. His first public appearances were during his high schoo,l at school parties, which of course can not be compared with his current appearance. He was 18 years at his first appearance at the disco club „Abraxas“ in Biel / Bienne..
When he landed in Zurich at age 24, he began to play funk and acid jazz g in various clubs. So He got the opportunity at the „Kanzlei“ as resident DJ to participate.
In 1995 he arrived in Solothurn. So it was here that the various clubs getting startet to be interested at him. Thus the name of MASS-MILANO was also known in Solothurn. He became a resident DJ at Bern. Because he was using his house as a renowned Pumpping.
This was followed by numerous performances. Soms in Ibiza
Booking Contact: djmass.milano@gmail.com