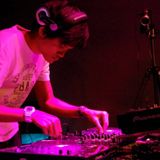 Never miss another
show from vinoverdrive

I'm Elvinardy a.k.a VIN. Borned at July 1989 in Singapore. He has strong passion for music and the arts of sound. He has interest and influenced by a wide range of genres and other musicians. He started out with his passion in music at the age of 7.
From a concert band music, he moved out to pursue his interest in Rock music whereby he picked up a guitar and self-taught himself. He formed and joined a few bands with his friends to be active in playing some rock music.
From this stage, he started listening to many different types of music and he started to discover a deep interest in Electronic Dance Music which is genres like House, Electro, Trance etc. Even when he is exploring different territories of music, he tries to retain his past interest. He joined an interest group called Electronic Music Production(EMP) and from there he expand his interest in Electronic Music and started out DJing, performing and doing producing. Currently working on originals and doing some mixtapes.