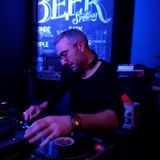 Never miss another
show from vinavil 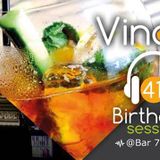 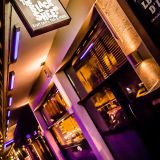 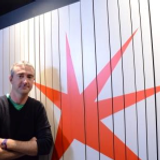 As a kid, Vinavil was influenced by the most electronic aspects of 80's music with the likes of Sigue Sigue Sputnik, Art Of Noise and Kraftwerk.
In the 90's, his interest for new musics like Techno and Deep House made him a DJ. He also hosted a radio show where he invited the Brussels dance music scene of the time in a yet conservative campus of Louvain-La-Neuve. Psychogene, Mi-k, Michel Traxx, Murvin Jay, Raoul are one of the few names that came to mix.
All through the years, Vinavil has been building an impressive vinyl collection of 80's music with an obsession for the MAXI 12" format.
Since 2012, he's the resident of Cargo 80, mainstream 80's parties hosted in Brussels.
He also is a regular at The Black Sheep in Flagey-XL, Brussels, where he plays modern hits for a trendy expats community.
Using tools such as Spotify to discover new music weekly, Vinavil's interest has grown in a more indie and eclectic direction. It's that direction he's aiming to promote in hix mixes today.