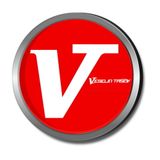 Veselin Tasev is a Bulgarian DJ and producer. He is the most productive name on the Bulgarian trance scene and his productions have brought him success in Europe and the United States. He is an artist of the world’s most famous label Armada Music, Black Hole Recordings and his own label TCD Recordings.

In the early 90’s, Veselin Tasev started working with Steve O - producer of the music company "JOE" – Sofia, which has contracts with music labels such as Hitland-Italy; Time-Italy; Dancework-Italy; ZYX-Germany; Media Records-UK and others. From 1992 to 2001, Tasev produced several CD compilations of music hits for major international companies, including MTel - Bulgarian mobile operator. His mix productions go beyond 750.000 copies. . Ves