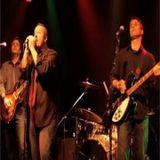 The Big Show, Season 2, Show #6
by Pop That Goes Crunch

The Mithraeum - Show #2 - Vegas With Randolph
by Mithras

VWR's newest CD "Above The Blue" is now available! See: http://vegaswithrandolph.bandcamp.com/album/above-the-blue . VWR’s debut CD was called “brilliant, hook-filled…a “home run!”, “an extremely strong, out of nowhere debut”, and “a pop delight…that deserves attention in the power pop community,” and their music has been compared to Fastball, Sloan, and Fountains of Wayne, among others. Now, VWR has just returned with what Mike Lidskin calls "Sheer Powerpop Perfection", their second CD "Above The Blue"!

At the nucleus of VWR is the songwriting partnership of John Ratts and Eric Kern. Starting in high school in their mid-western hometown, the duo has penned hundreds of songs, many of which have received radio airplay, use in TV and video