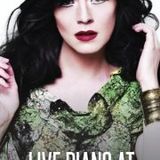 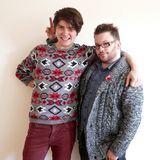 WHERE TO FIND VANITY...

X Factor Vulgaria - Vanity was until recently head judge on the Vulgarian talent show, and spent three years on the panel crushing the dreams of innocent young artists.

House of Menergy - Vanity von Glow (Sister V) spent a year with Menergy, the collective comprising talents Kid Zipper, the Niallist, and Lady Munter. Monthly club nights hosted at the Glasgow School of Art and Stereo nightclub saw Vanity take the lead as the club's in-house vocalist. Though she has parted ways with the running of the club, she remains part of the collective in spirit and occasionally guest performs at the club's events.

The Dreamboys - Vanity is host of the Dreamboys' live shows in Scotland, regularly taking to the stag