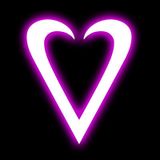 Never miss another
show from valerievalentine

Valerie Valentine is an electrohouse DJ, vocalist and producer taking the world of EDM by storm.

Although DJing for only a year, Valentine has hit the ground running supporting major acts such as Skrillex's Mothership tour, Zed's Dead, Tommy Trash, UZ and Lazy Rich at Webster Hall in New York, and securing multiple residencies- such as the notorious Wolf Party, while wrecking the hottest clubs in NYC including Irving Plaza, The Gramercy Theater, Pacha, and Santos Party House among many others.

In January 2013, Valentine hit #1 on the top of the Dance/Electronica Music charts on Music Choice with her mix, 'Sleep is for Sheep', and has additionally been featured internationally on Hot 107.1, Jay-z's Life and Times, Mixify, WFNP, LiveDJUnderground, and Radio4by4.

In September 2012, she was a featured artist on Sazon Booya's single, "Shake" which was released by the Mad Decent Blog on RotTen Musik. She is also slated to release multiple records on Rocadence Records in 2013.