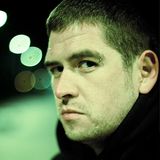 Surrounded by an extended family of artist’s musicians and song writers, Vincent has creativity in his DNA.

From childhood to adolescence Vincent was a curious listener and consumer of electronic music. He eventually decided to become a dj at 16.

After years of practice, Vincent slowly claimed a place in Dublin’s underground techno and electronic scene where he played at venues including the button factory, spirit nightclub, the voodoo lounge, traffic and wax to name but a few.

Audio production was the next logical progression and he began to take his own music more seriously by 2011 when he founded Sleepless Nights Recordings with long-time friend and collaboration partner “Soulfinder”.

With a number of remixes and originals produced for both Sleepless Nights Recordings and other labels, the pair also release an annual ADE mix compilation to coincide with the Amsterdam Dance Event.

The pair also Broadcast their Sleepless Nights show on Proton and DNA radio.