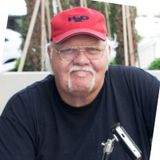 The editor, producer & presenter of Travelshow LOOKOUT! (UTKIK!) recently joined forces with a second FM radiostation in Central Sweden. The show is also podcast all around the globe.

The station operates in central Sweden since 1986 covering some 30 cities with approx. some 120,000-140,000 mostly 55+ regular senior listeners.
Each program is now repeated eight (8) times on FM radio within a fortnight and all shows (30 min.) are accessible around the globe for several months.

Furthermore, Svante each year takes over one hundred of his regular listeners on the VIP 93.7 MHz Radiolisteners Fam trips to destinations around the globe.