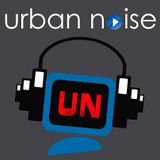 Never miss another
show from urbannoise

Urban Noise is a DJ duo from central Serbia; we became interested in electronic music in the late 90s mainly because of Carl Cox. We found the world of DJing fascinating, but due to lack of money and equipment we were dedicated to listening to music and professional DJ mixes (from techno in the beginning of the 21st century, dark progressive around 2006 and finally tech-house from 2008 to present) and did some private parties. In 2007 we started DJ-ing with our own equipment and the next step was producing music starting year 2011. Nowadays we play and produce deep-tech and tech-house music.