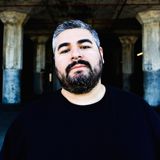 Never miss another
show from Truncate

Live in Berlin October 2012
by Truncate

Live At CODE Glasgow 2014
by Truncate

LAndscape: Truncate Traces his Arc
by LAndscape with FrostyReposted

After being introduced to electronic music back in the early 90's in Los Angeles, a teenage David Flores was hooked. He started DJing across Southern California on the DIY warehouses, desert, and rave circuit. His style then was as varied as the local scene - a myriad of sounds ranging from house to acid to techno to hardcore. After a few years solely DJing, he began releasing original music under the moniker Audio Injection, which landed on labels such as Monoid, Stimulus, 4 Track & LA label Droid Recordings. His association with Droid Behavior began in 2003 and continues today as resident at the infamous and internationally acclaimed Interface event series alongside Drumcell and Raiz.

In early 2011, he started the project Truncate to focus on the deeper, raw side of techno. His Truncate releases have been gain crit...