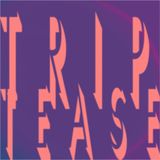 Never miss another
show from Triptease

Triptease is a cutting-edge experiment performed by Topper, Jacopo, Francesco and Hugo, with different performers joining into the live improv jam of the like of Ambiq, Cesar Merveille, Ion Ludwig, Daniele Papini among others.
The band organised several live jams (Mescaleros) all based on the idea to combine international producers of electronic music and minimal techno into an improv-techno-all-star band. Their live has been performed in iconic venues such as (Club der Visionaere and Hoppetosse in Berlin, Fuse Club Brussels, Studio 338 and Red Gallery in London etc etc.) and delivered hours of powerful beats and sparkling musical ideas.